Interview with Andrew Prentice and Jonathan Weil about Black Arts 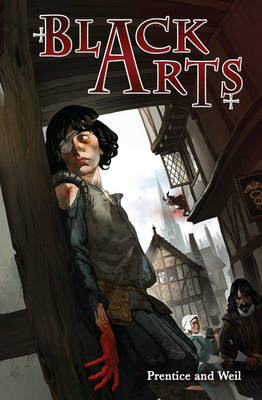 After gushing about the book, the trailer and the book launch of Black Arts (here), I am positively thrilled to received the authors on the blog today to answer a few questions about their writing.

Congratulations on your wonderful book and welcome to Portrait of a Woman!

It was lovely to meet you at your book launch and I devoured the book in just a few days. I loved how rich, atmospheric and dark the story was and I can't wait to read the second book in the Books of Pandemonium series!

My first question to you would be: how did you meet and how and when did you decide to write a book together?

We first met at school: we got to know each other better in our sixth form English class, and editing the school newspaper together. After school we went to different universities, but stayed friends, and when we finished we decided we wanted to write an epic graphic novel that reimagined all of human history. We got about sixteen pages in until reality intervened and we had to get jobs. After floating around a bit we landed a very strange job for an aquarium/sushi tycoon: we wrote dialogue for robots and put on Nativity circuses in the snow in December, as well as scripting animation and comics. We learned a lot about how not to do things there. When we were sacked in one of the blood-lettings that periodically swept the company, we tried to write comics again. It was then our agent spotted us. She hinted that we might make better authors than artists, which was a very wise suggestion. With her encouragement we decided to change our comic proposal into a novel.

Very wise suggestion indeed! I really loved the book and really liked how you managed to write with one voice. Writing a book together, how easy is it? Do you split the tasks or scenes by "specialty" or do you write everything together?

It took us a while to iron out the kinks in the system, but we've been collaborating on various projects for nearly fifteen years, so we know each other pretty well.
We don't have specialties - we just split the chapters between us, and then rewrite each other's drafts. In the end, we've found that writing with one voice is a matter of bashing each chapter back and forth - like a long tennis rally. We both have an idea of the tone and rhythm we are aiming at. It's very hard to get there at first draft, but by the time a chapter has been swapped seven or eight times, it usually gets the zip and zing that we are listening for.

That method clearly works! What are the hardest and the best parts of writing a book with another person?

The hardest part is accepting that one of your treasured phrases or pet ideas Just Isn’t Right.  The best comes when ideas start to spark off each other – a semi-serious remark by one person gets misunderstood by the other, in a way that actually makes much more sense than the original . . . and ends up leading both of you to something great that neither could have achieved alone.

It does sound like you two could invent quite a few things together. When I was at your book launch, you hinted that the story hadn't started exactly like it is now, what was your initial idea?

We've always been writing about a vast historical conspiracy, magic, and mayhem, and the book has always been set in the grotty, treacherous streets of Elizabethan London. The initial plot was a very different beast. There was more high politics (Sir Francis Walsingham, the Armada, religious persecution and court intrigue) and the magic system was completely different.
That said, through five major redrafts, we've slaughtered a dozen different plots, hundreds of characters and millions of words. Their frozen corpses lie behind us like French troopers on the retreat from Moscow. We particularly mourn Sir Julius Jamstock, the talking dog from drafts four through to eight. He was amazingly fun to write.

Well I do hope we'll get to see Sir Julius Jamstock in action in future books. How much research did you do on the period and on magic / black arts in general? Was being historically accurate an important concern for you?

Real historical detail is usually richer, sicker and more unexpected than anything you could come up with yourself. A really important change came when we decided to base the magic in what they actually believed at the time. We'd been using a completely made-up system until that point, but the story really came alive when we decided to take on the central belief of historical renaissance magic – the idea that you did magic by striking deals with devils.
That said, you don't want to clog up the story by showing off how much research you’ve done. We try to use real historical details like a spice, adding to the fun and lending their flavour to the things that we invent ourselves. 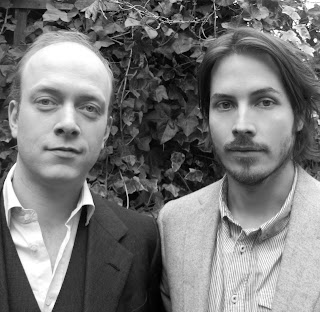 Which part of Jack's story did you enjoy writing the most?

Dialogue is always the most fun, especially thieves' cant. Mr Smiles' and Sharkwell's conversation became a kind of competition between us as to who could come up with the most elaborate villain-speak.

Dialogues definitely were some of the best parts of the book! Beth Sharkwell is quite possibly one of my favourite characters; she is strong, passionate and full of surprises. How did she come to life and was she inspired by anyone in particular?

In some of the earlier drafts we had two female characters – Beth Plaistow, a slightly priggish sailor’s daughter who hated all thieves, and an older character called Queen Moll.  She was based on ‘Moll Cutpurse,’ a real historical figure from the early seventeenth century – a cross-dressing, pipe-smoking bandit queen who once robbed the roundhead General Fairfax on Hounslow Heath. She didn't quite fit into the final version, so we took what we liked about her and put it all into Beth – and that was when the character really came to life. Stuck-up Beth Plaistow became stick-’em-up Beth Sharkwell, thieves’ princess – but still with a bit of the old Class Monitor, follow-the-rules-or-else quality that we’d put into the original character.

So now I'm fascinated by Mary Frith aka Moll Cutpurse ' I'll definitely be looking up some books to read on her. What was the strangest idea either of you came up with for the book (which may or may not have ended up in the final version!)?

In one of the early drafts there was a scene where Jack jumped a galloping camel (which was on fire) off a cliff to escape from pirates.  There was a football match where the goals were giant wheels of cheese three yards across.  There was a man who had to be tethered by a rope to the ground at all times, or he'd fly off and hit the moon.  There are loads more, but it’s a little depressing to list them: hopefully we can recycle the best bits in later books.

A galloping camel on fire? Yes please! You mentioned that it took 5 years for you both to write the book. What did you learn during those years as writers and what did the story and the characters bring you on a more personal level?

We definitely thought that writing a book would be easier than it turned out to be. We learned an enormous amount – much of it through the sage advice of the editing team at David Fickling Books.  Perhaps the biggest lesson we learned was about consistency. To start with we were trying to do too many things. The story oscillated between comedy and horror, joke-driven magic and serious world-building. The result was a mess. We've learned to pare our ideas down, and be much more ruthless. The book is better for it.
Although this process has been frustrating at times, we're so lucky to be allowed to do this.  Writing a book with your best friend is the best job in the world.

Yes indeed, sometimes less is more. You are currently writing the second book in the Books of Pandemonium series, what can you tell us about it? Is it set in the same time period? What will Jack, Beth and the Intelligencer have to face?

It's going to be immense. Beth is trapped in the eighteenth century – Jack wants to rescue her from the clutches of the Worst Man in London – but Beth ain’t so sure she needs rescuing. Meanwhile, the imp is threatening rebellion and Kit is working on a time-travel scam to become the greatest gambler ever. Oh, and they’re going to find out who the real bad guys are. We are having so much fun!

Wow! That sequel sounds positively awesome! Thank you both so much for answering my questions and good luck with the writing (and don't forget the galloping camel!)!

Published by Caroline No comments: