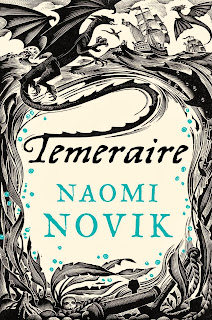 Naomi Novik’s stunning series of novels follow the global adventures of Captain William Laurence and his fighting dragon Temeraire as they are thrown together to fight for Britain during the turbulent time of the Napoleonic Wars.
Captain Will Laurence has been at sea since he was just twelve years old; finding a warmer berth in Nelson's navy than any he enjoyed as the youngest, least important son of Lord Allendale. Rising on merit to captain his own vessel, Laurence has earned himself a beautiful fiancée, society's esteem and a golden future. But the war is not going well. It seems Britain can only wait as Napoleon plans to overrun her shores.
After a skirmish with a French ship, Laurence finds himself in charge of a rare cargo: a dragon egg bound for the Emperor himself. Dragons are much prized: properly trained, they can mount a fearsome attack from the skies. One of Laurence's men must take the beast in hand and join the aviators' cause, thus relinquishing all hope of a normal life.
But when the newly-hatched dragon ignores the young midshipman Laurence chose as its keeper and decides to imprint itself on the horrified captain instead, Laurence's world falls apart. Gone is his golden future: gone his social standing, and soon his beautiful fiancée, as he is consigned to be the constant companion and trainer of the fighting dragon Temeraire…

I absolutely loved this book, and its sequel Throne of Jade and I am happily going to continue reading this series. It is a really exciting and original idea to have an alternate reality where the Napoleonic wars are fought with dragons and I was hooked from the start. The fantasy aspect weaves itself perfectly with the historical period to the point that it doesn't sound weird after a while that dragons fight alongside humans.

The friendship/love between Temeraire and Laurence is a deep bond of respect and admiration. The writing is beautiful and their feelings leap off the pages. You also kind of want a dragon for yourself, but maybe that's just me. It was utterly refreshing to have a main character very concerned with propriety and being a gentleman while having his life completely changed with the arrival of Temeraire. The interactions between the various social groups seen through Laurence's eyes and how the dynamics evolved throughout the book were fascinating to read. Obviously he's not a perfect character and his views are a little traditional but it's interesting to read about his struggle to adjust to his new life.

I also really loved how the dragons were not treated like mere beasts and had an ever evolving intelligence. They can talk and learn languages and choose their rider. Many other books on dragons have this aspect as well but the relationship between dragon and rider here is less exclusive and closed. There is a whole team taking care of a dragon and each person has a job taking care of the dragon and a duty during a battle. Additionally, even though the book stays close to the cultural aspects of the period for the most part, it also includes some different aspects in the organisation of this alternate society: women can serve in the military because some dragons only accept female riders. There is no princess to be saved in this book and Laurence's very conservative views about women have to evolve.

There is a lot of action and I particularly enjoyed reading the military combat scenes involving dragons. Aerial combat with dragons is not a simple affair and the depth of detail over each dragon's ability and strengths are amazing. The battle scenes make sense historically which makes this book more of an alternative historical novel than a straightforward fantasy book.

The writing is very good. The story is told in the third person, mostly from Laurence's point of view. I found the descriptions of dragons, places and feelings practically flawless. Even the battle scenes involving dragons appear so realistic that it's as if you're on top of the dragon, holding on to a leather strap.

All in all, I thought it was a deeply original book with an interesting voice and could be a good fit for both fans of fantasy and/or historical fiction.

Follow my blog with Bloglovin
Published by Caroline No comments:

I have rather abruptly decided that I wanted to read all (or most) of Muriel Spark's books over the next few years after realising how amazing she was and how shameful it was that I had yet to read one of her books. I, of course, had to make it official with a list (I love lists!) and a logo. Muriel Spark is one of Scotland's most talented novelists and I have been missing out on her books so I am really looking forward to this. 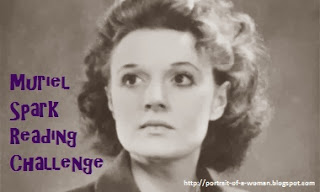 Below are the books I intend to read. I don't know if anyone else wants to join me in this endeavour, it can be just for a few books if her complete works look a bit daunting! I'll update this list as and when I read the books.