A funny thing happened yesterday, I was at work and one of the events taking place there was the Oxfam Bookfest. Nothing too surprising you'll tell me, but one of the speakers was children's author Cressida Cowell who is most famous for her How To Train Your Dragon series. 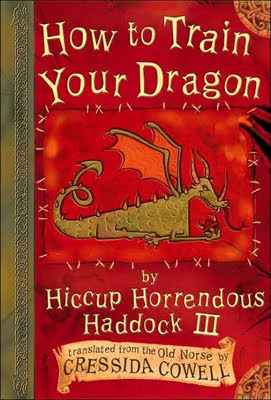 When I saw the film, I wasn't aware that it was adapted from a book, less that there were 8 books in this series! I absolutely loved the film and wanted to discover the author behind the story! Since I was at work, I could hardly go in my *writer groupie* mode but I did listen and it was amazingly interesting!


Cressida: her inspiration and personality
Cressida is a very lively and fun person, there is so much energy coming out of her that everyone was soon entranced by her speech! She explained how she came up with the idea of the Vikings and the dragons: ever since she was a little girl she had a very creative imagination and was living "adventures" with her dad going on a boat and fishing the most weird-looking creatures (she showed us picture - mega weird) as well as spending days on a deserted island.
Many details of the story actually come from real life experience (like training a dragon which happens to me every other weekend too) and she showed us for example some pictures of a cliff shaped like a man's profile, which ended up in the book. Many of her dragons look like real sea animal species, she says that there are so many unknown species that imagination is sometimes unnecessary to beat Nature's own work!
She thought that dragons should be a species with various races (like dogs), so she started designing funny dragons and the story slowly developed itself. She first published the books in 2003 and she said that it was quite an unusual story at the time and had a hard time getting published.
She says to aspiring writers to write every day and to never lose confidence in themselves despite the rejection letters which are sent to everyone (she gave the example of J.K. Rowling who had 15 rejection letters before getting published).


On drawing maps
This is a point that Cressida feels very passionately about: drawing maps of the locations of your story when you are a writer. She explained that many (if not the majority) of writers and even film directors draw maps of fantasy worlds or special buildings to know how to organise the story and how the characters can go from one imaginary point to the other. She said that drawing a map of the Isle of Berk and the Barbaric Archipelago helped her create the story and bring a richer dimension to the characters and the plot.
I am only writing that for the aspiring writer in you :)


On illustrations
This is a point that is for her very important. Cressida has made the illustrations of some of the books she wrote (though not all of them). She loves the fact that she can immediately visualize her characters. She is also not one of those author's to freak out when other illustrators draw *her* characters and they don't look like what is in her head. There are some good and some bad surprises!


On film vs book
There were some major changes in the film, the dragon Toothless for instance had a complete makeover and some characters were created. Cressida didn't mind and actually knew that some changes had to be made to go from the book format to the screen format. She is very satisfied with the film and told us a second film is in the works and should be out in 2012/2013. Yay!

You can visit the series' website here, it is insanely cute and with plenty animations for kids! 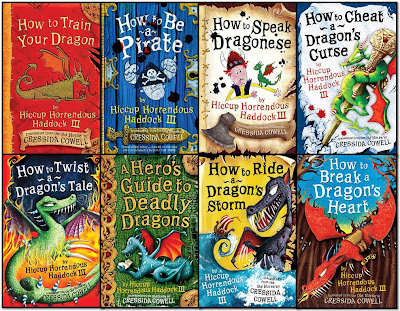