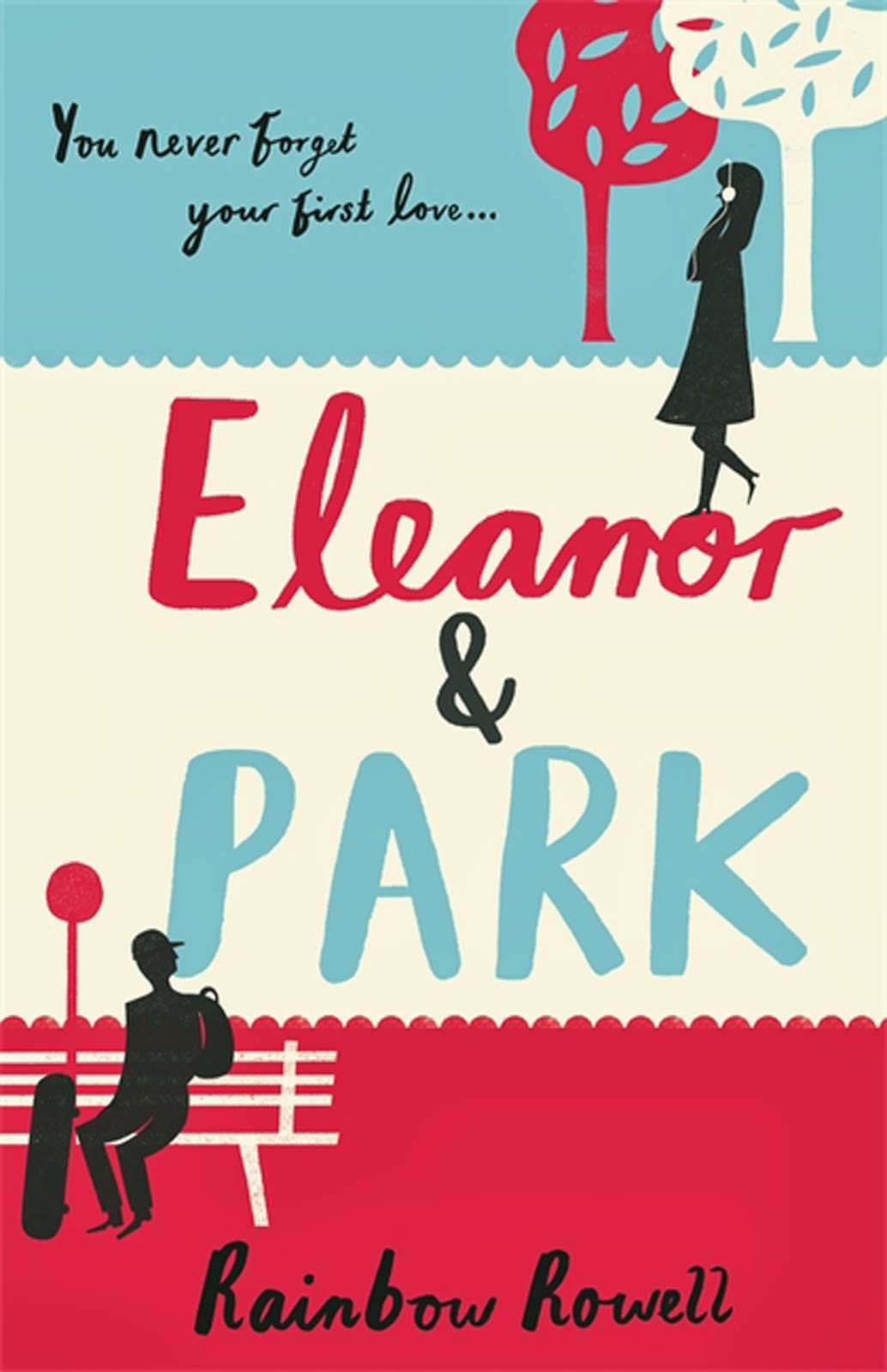 Summary:
Eleanor is the new girl in town, and she's never felt more alone. All mismatched clothes, mad red hair and chaotic home life, she couldn't stick out more if she tried. Then she takes the seat on the bus next to Park. Quiet, careful and - in Eleanor's eyes - impossibly cool, Park's worked out that flying under the radar is the best way to get by. Slowly, steadily, through late-night conversations and an ever-growing stack of mix tapes, Eleanor and Park fall in love. They fall in love the way you do the first time, when you're 16, and you have nothing and everything to lose. Set over the course of one school year in 1986, Eleanor & Park is funny, sad, shocking and true - an exquisite nostalgia trip for anyone who has never forgotten their first love.

I don't think I need to introduce this book, it's been rocking the YA world for the past year and it seems EVERYONE has already read it. There has been SO MUCH hype about this book that I wondered if I would like it. I rarely do when hype is concerned, but I was pleasantly surprised by this book. I can understand the hype surrounding it and even if I didn't completely LOVE it, I did think it was a great book.

The story brings together two characters. Eleanor has just moved back with her mother and step dad and sleeps in the same room as her three other smaller siblings. Things are very tough for her. She has no privacy at home and has to watch what she does in front of her step father. She is big with bushy red hair and second hand clothes. Not the popular girl type. Then there is Park, he is half-Korean and listens to a lot of (mostly alternative) music and reads comics. He doesn't feel 100% comfortable in his own skin and even though his parents are great, he feels his father would rather Park be a bit more like him (strong, masculine, white? ...). On her first day at school, Eleanor seats next to Park on the bus and from then on, they start getting to know each other and slowly falling in love. They don't fall in love immediately, they actually don't like each other very much, but they gradually fall for each other.

It completely passed me by that this was set in 1986. You'd think cassette tapes and no mobile phones would be a big hint but it just didn't register, I was whole-heartedly hooked to the story and to Eleanor and Park's emotions that this could have been set in 2013. This is such a universal story (first love) encompassing deep themes (racism, poverty, abuse...) that are sadly still alive and kicking today.

Eleanor and Park get to know each other through comic books and music. I am such a believer that art can soothe the soul and bring people together that I have loved seeing Park patch Eleanor up little by little with songs.

So why didn't I LOVE the book, as everyone else seems to have? Well, I felt there were parts of the story that were either too present or too scarce. Eleanor's home life is heart-wrenching and horrible and I would have wanted to read more about her and her sibling and what happens to them. I also didn't see a lot about Park's life aside from his feelings from Eleanor and I really wish I had, especially about him being half-Korean. I felt the questions raised in the book (race, poverty, abuse, bullying...) could have been explored more thoroughly and sensitively. I know real life is never as neatly tied up as books are and sometimes things don't make sense but I would have liked more on these subjects to be able to completely fall in love with the book.

A lot has been written about this book, some praising the love story and the writing, and some critising some aspects of the book and I think one should read the book as well as what others feel about it so do head over [here] to read John Green's review of it but also [here] to read Renae's review over at Respiring Thoughts for her thoughts on race in the book as well as Ellen Oh's opinion of the book as a Korean American [here]. And most importantly, head over to the comments to let me know what YOU thought about this book!
Published by Caroline