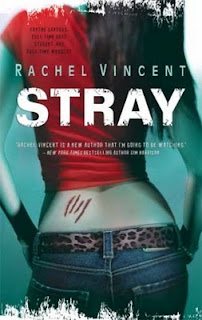 Following my previous post, I am going to talk about another series written by Rachel Vincent, the Shifters series. After reading My Soul to Take, I wanted to read more books by Rachel Vincent and discovered the story of Faythe Sanders, werecat (shape-shifter changing in a wild cat) with the worst badass attitude you can possibly find.
I have just finished the fifth book in the series (for all the books, their titles in the order, go here to Rachel Vincent's website) which was published last week and I am avidly waiting for the next one!
When the story begins, Faythe is a regular University student with a tiny hairy secret: she is a shape-shifter and shifts into a beautiful black were-cat. She is very strong compared to humans and also among her fellow werecats. The werecats are organised in small communities with a territory to control, each community is called a Pride and is ruled by an Alpha. There are two different types of werecats: the ones who were born werecats and the one who became werecats through infection, the Strays.
The demographics of the species make female werecats a rarity, which makes them most praised and respected by werecats in general. Female werecats are even more popular when they are the daughter of an Alpha. Which is exactly what Faythe is. Which is exactly what she doesn't want to be.
Tabbies, as are called the female werecats, are supposed to stay at home and raise the future generations. Faythe is having none of that, and she fights all these preconceived notions book after book to be respected as a rightful member of her Pride and not just as the Uterus of her Pride.

Needless to say that I love these books. I simply adore the story, the characters and the mythology created by Rachel Vincent. Each werecat has a very developped personality and you end up just wanting to be living in this environment with these people, no matter how horrible it is to Faythe.
The female characters are all very interesting, because they live in this very patriarchal society but each female werecat defines herself in a very different way depending on her situation (and this is seen throughout all the books). It is a very nice way to present women role in society and how they fight to get out of their pre-designated roles.


What about the mythology? I just love it. Everything makes sense (which is not the case in all books where somehow vampires manage to procreate with venom, and yes I am looking at you Edward Cullen), the shifts are well described and the fact that in her novels, werewolves don't exist is a fun twist to the genre. From book three or four you will discover new species and novelties for the werecats, which is quite interesting to discover.


I am advising this book (I would do much more than that but then that would probably be illegal) for you to read, if you are a fan of Sookie Stackhouse and the Horror Fantasy genre in general, but also if you're not, because the romance (oh yes there is plenty romance and shirtless men for you if that's what you are secretly thinking about, don't even start denying it) and the power struggles are all too real without the hairy part.